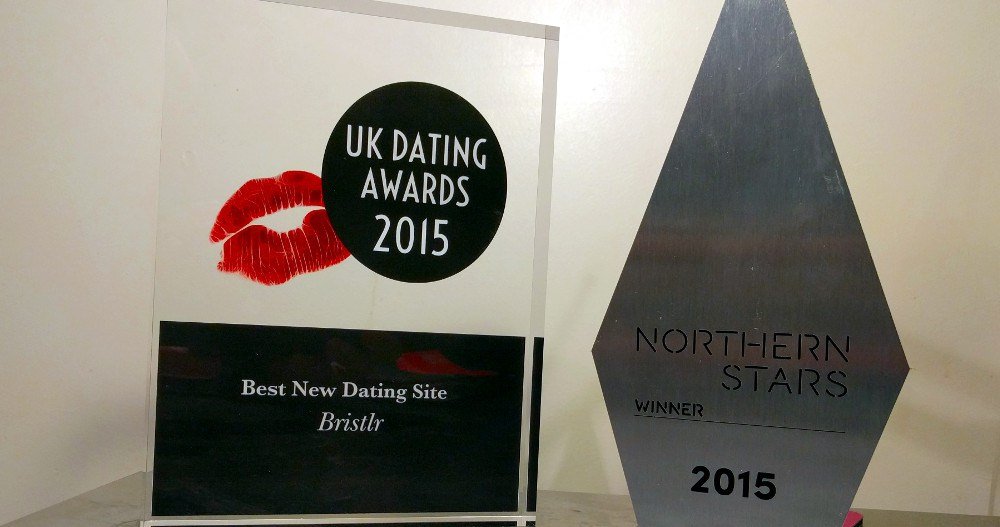 Sometimes it’s an honour just to be nominated. But this past month we’ve had the tremendous honour of winning not just one, but two awards!

Despite being up against some pretty stiff competition, we walked away with the award for Best New Dating Site! What a wonderful belated birthday present that was.

On top of that we were in the runnings for Tech North’s Northern Stars Competition. The prizes include great opportunities to pitch to investors and even an invitation to the tech celebration event SXSW in Austin, Texas. The greatest honour is being made one of just ten Northern Stars. And guess what? Bristlr is now one of those ten Northern Stars!

We want to thank everyone that’s helped achieve these awards! Thanks to everyone that’s been involved with Bristlr since we started up and helped us get to where we are today. And a huge thank you to UK Dating Awards and Tech North!

And of course thanks to you, the fans! We wouldn’t be a dating site without you!