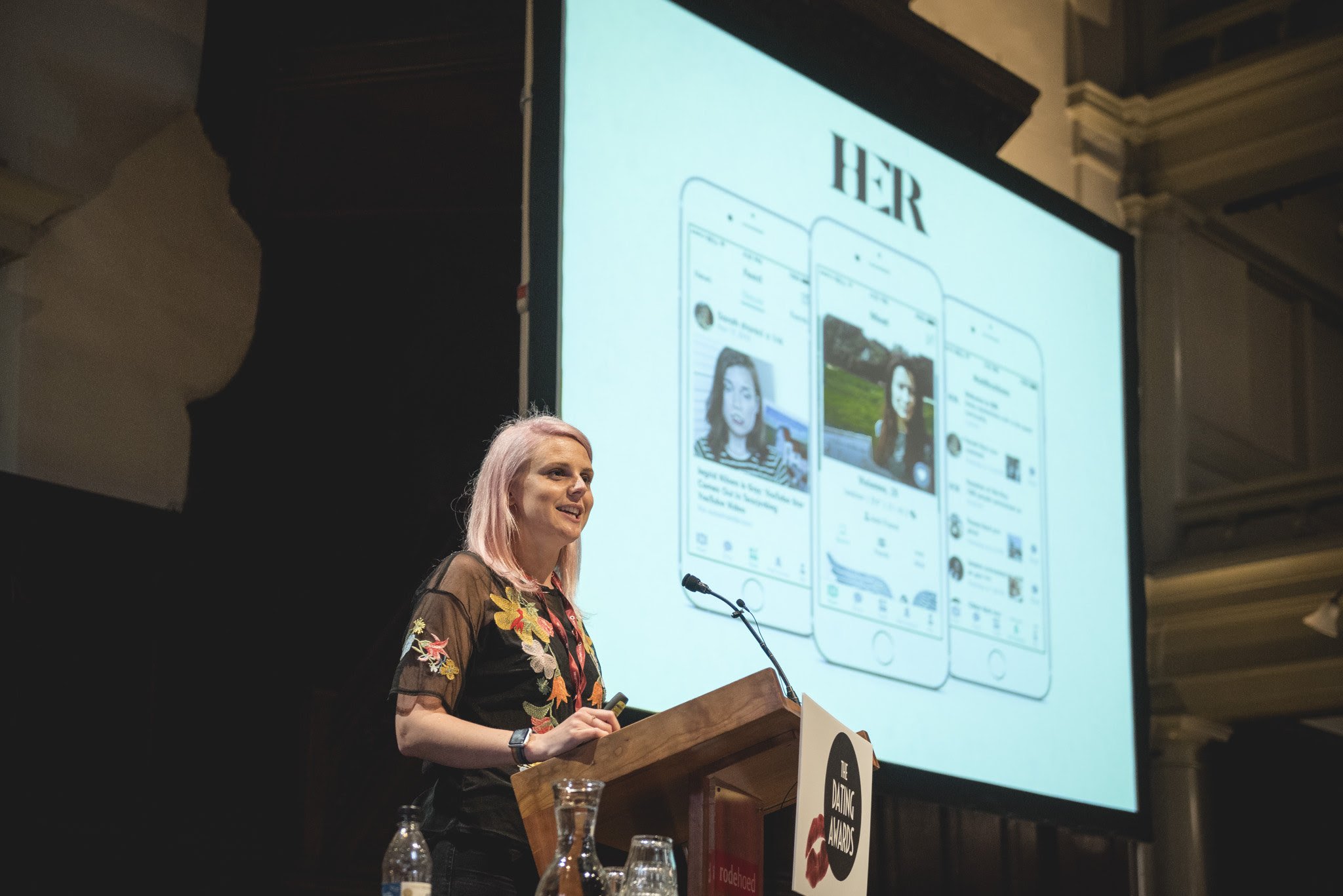 This week SNAP Interactive released its Q2 financial report. Revenue has increased by 43% compared to the previous year. August is a notoriously quiet month for business, with key stakeholders often away on holiday and few major decisions being made. However that doesn’t seem to be the case in the dating industry! This week we see boardroom shufflings, futuristic innovations, huge sponsorship deals, and high profile celebrity ad campaigns.

Get the Inside Line on the Dating Industry

For anyone who wasn’t able to attend the M14 European Dating Industry Conference in Amsterdam at the start of the summer, videos of a lot of the talks can now be found on the M14 blog.

Hear from eHarmony CEO Grant Langston about how to create real and meaningful relationships online.

HER’s Robyn Exton discusses whether dating and social can work together in one product.

Watch as Turn Partners’ Mike Bandar explains why the dating industry can be its own worst enemy.

Head over to m14.industries/blog for more details.

2017 has seen a real rise in influencer marketing within the dating industry – with Jemma Lucy, co-founder of DatingInk one of the best examples.  Jemma is currently in the Celebrity Big Brother House, and seeing a big spike in sign ups to the tattoo-specific app.

This week Badoo, who have been focusing heavily on PR in recent months, teamed up with Chris Hughes and Olivia Attwood to run a competition where members could win a double date with the Love Island finalists.

Meanwhile eHarmony opted for a slightly more intellectual angle, employing Countdown’s Rachel Riley to work out ‘The Odds of Love’.

Yesterday OKCupid implemented a controversial change, removing the feature which shows users who has viewed their profile. The Visitors Section, which kept track of both visitors to your profile, as well as profiles you had looked at, has been removed from the site and app.

In a blog post, OKCupid explained “Without the distraction of visitors, you can now focus on the people who like what they see on your profile and really want to get to know you,” the company reasoned. “And when you’re focused on those people, your chances of higher quality connections improves.”

The change has already been met with much negative feedback on social media.

Match Group has announced the appointment of Mandy Ginsberg (currently CEO of Match Group Americas) to the role of Chief Executive Officer of Match Group, effective January 1st 2018. Greg Blatt will remain in the role until the end of the year, and will continue as CEO of Tinder until a replacement is named. He will then take a non-executive role as Vice President. IAC CEO Joey Levin will become Chairman of the Match Group board of Directors.

In other Match News, last week Match UK ran a pop-up shop in London where singles could check out 3D printed models of real website members.

This week SNAP Interactivereleased its Q2 financial report. Revenue has increased by 43% compared to the previous year.

This month the company also discussed the possibility of adding Bitcoin payment to their platform soon.

Alex Harrington, SNAP CEO explained “We’ve learned that a digital currency payment option would better serve our global user base, allowing easier access to the premium features and functionality of our live video platforms. We are big believers in the revolutionary impact of blockchain technology in support of digital currencies and other innovations, and will be looking forward to further blockchain and cryptocurrency integrations in the future.”

And in other news…

Tinder is in negotiations with Manchester United to become a sleeve sponsor.  The sponsorship is rumoured to cost £12 million, and would make Man U shirts the most lucrative pieces of fabric in world sport. The club already receives £50m a year from Chevrolet, and £75m a year from Adidas.

Hinge deployed a Snapchat advertising campaign to 25 weddings in the US last week. The custom geofilters were specially designed for those sitting at ‘The Singles Table’ and apparently resulted in a 60% increase in downloads compared to the prior hour. Over 1,500 people saw the filters, with around 10% using them on their own photos.

Zoosk announced a 20% increase in organic installs as a result of cracking down on fraudulent ad traffic. The app is a new case study for the mobile analytics company TUNE.

LinkedIn has introduced a free Mentor Search tool reminiscent of many dating apps. Mentors can select the types of mentees they’d like to take (for example other alumni from the same university they went to), and mentees can indicate areas where they need help.